Check out Sylvia’s bass playing and theatrical vocals for

where she covers Judas Priest’s, ‘The Ripper’.

Feat. Dylan Ryan on drums and Timothy Young on guitar.

Everything old is new again!
“‘LAST LAUGH’ ( Sylvia Black/Kudu/ We Are Dark Angels )
End of 2019 I posted I’d be doing my “Great Music Purge of 2020!”.
So, I’m starting with this one! Everything must go! Shelter-In-PLace Special of only $7!
The guys told me to put it our under my name but if you’re yearning for the days of KUDU yesteryear – Get into this fun, creepy, time capsule of amusements while it’s up for a limited time!”
I used to be in a band called KUDU when I lived in NY. In 2006 we released an album called ‘Death of the Party’ on Nublu Records. We were young. We were/are family. We played around NY, got some good press like The NY Times, and did some international festivals. Then Deantoni Parks, Nick Kasper, and myself, wrote another album in 2012 and called ‘Last Laugh’. We recorded 1/2 in New York and then we headed west and finished it all up with the help of recording/mixing engineer supreme, Ruddy Lee Cullers, in L.A. , in 2013. We never released it. We all went on to other projects but we never forgot about our ‘Last Laugh’. D. and Nick have been doing amazing things including film scores for very cool films as their production duo ‘WADA’ (We🔺Are🔺Dark🔺Angels). I’ve been doing my own stuff etc etc…
▪️Look I get it. These are dark times and art reflects life. So if you’re already not in a good place… please don’t listen. But if you can see it as entertainment or if you take pleasure in facing the darkness head on, you might be into this. The power of the mind is amazing. Let’s imagine a good future and let tragedy one day be a thing of the past ▪️

Special loving thank you and deepest condolences to the friends and family, of which there are so many, of Adam Schlessinger ( former owner and operator of Stratosphere Sound, NYC ) for whom without, this album may have never had a chance to get made due to his and Stratosphere’s generosity with their studio. I regret not knowing you better but many of my closests sure did. Thank you Adam for being who you were, for working with me, for forgiving me, for being so damn cool and smart and talented and affable and full of life.

Telepopmusik has taken Sylvia from China to Russia to South America to Europe and now finally the States. See Sylvia sing live for french electronic hit makers, Telepopmusik this March.

The brand new album, ‘Twilight Animals’ – Orginals and covers for Tortured Lovers (feat. Lydia Lunch) is out today on CD Baby, iTunes, and most all digital platforms.. 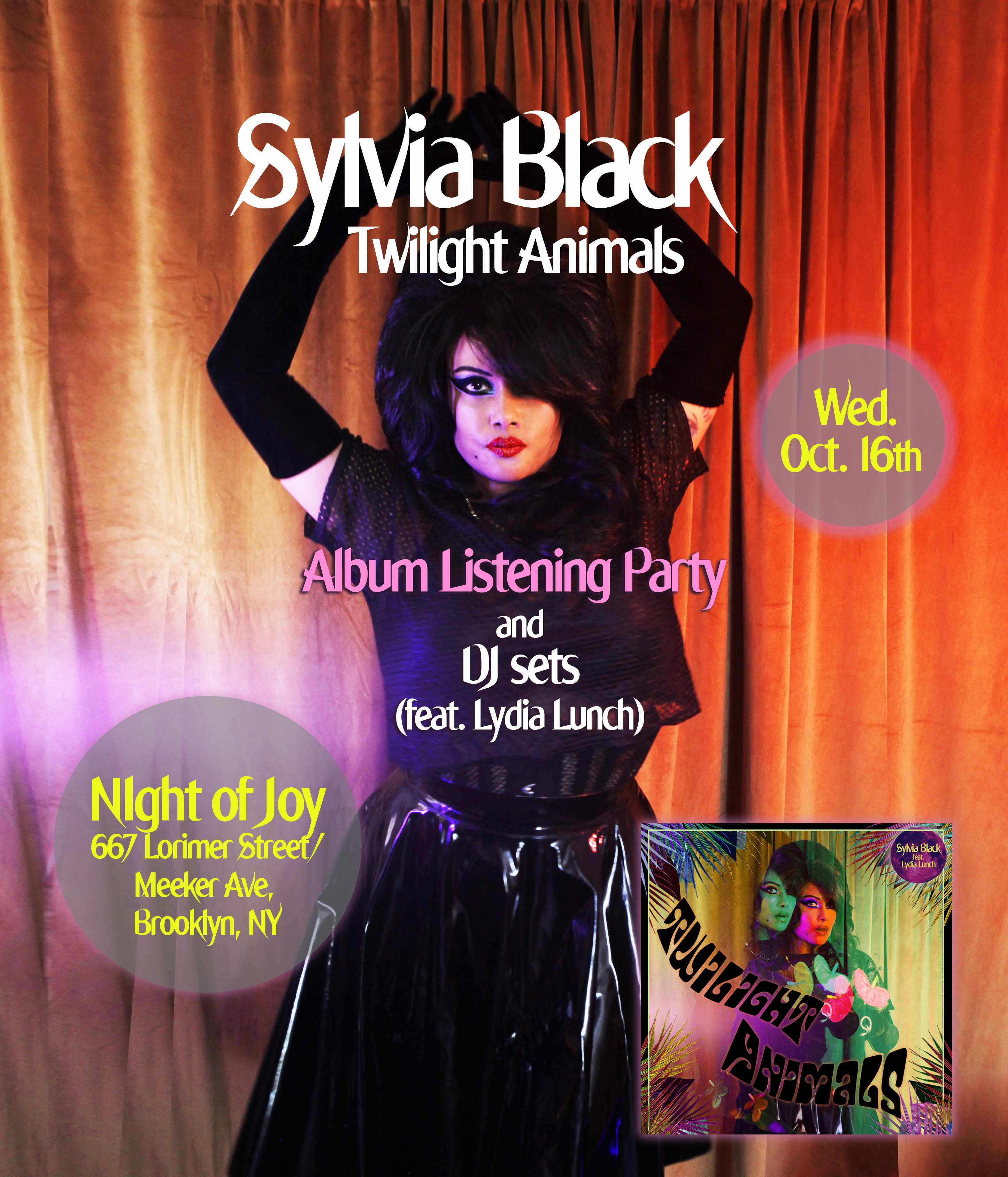 Read about it, listen to it, and take a sneak peak at the video here… ONLY LOVERS!

Only Lovers is produced, performed, and arranged by Sylvia Black. Recorded, engineered, and mixed by Rudyard Lee Cullers at home in Hollywood, CA. Mastered by Joe Lambert. 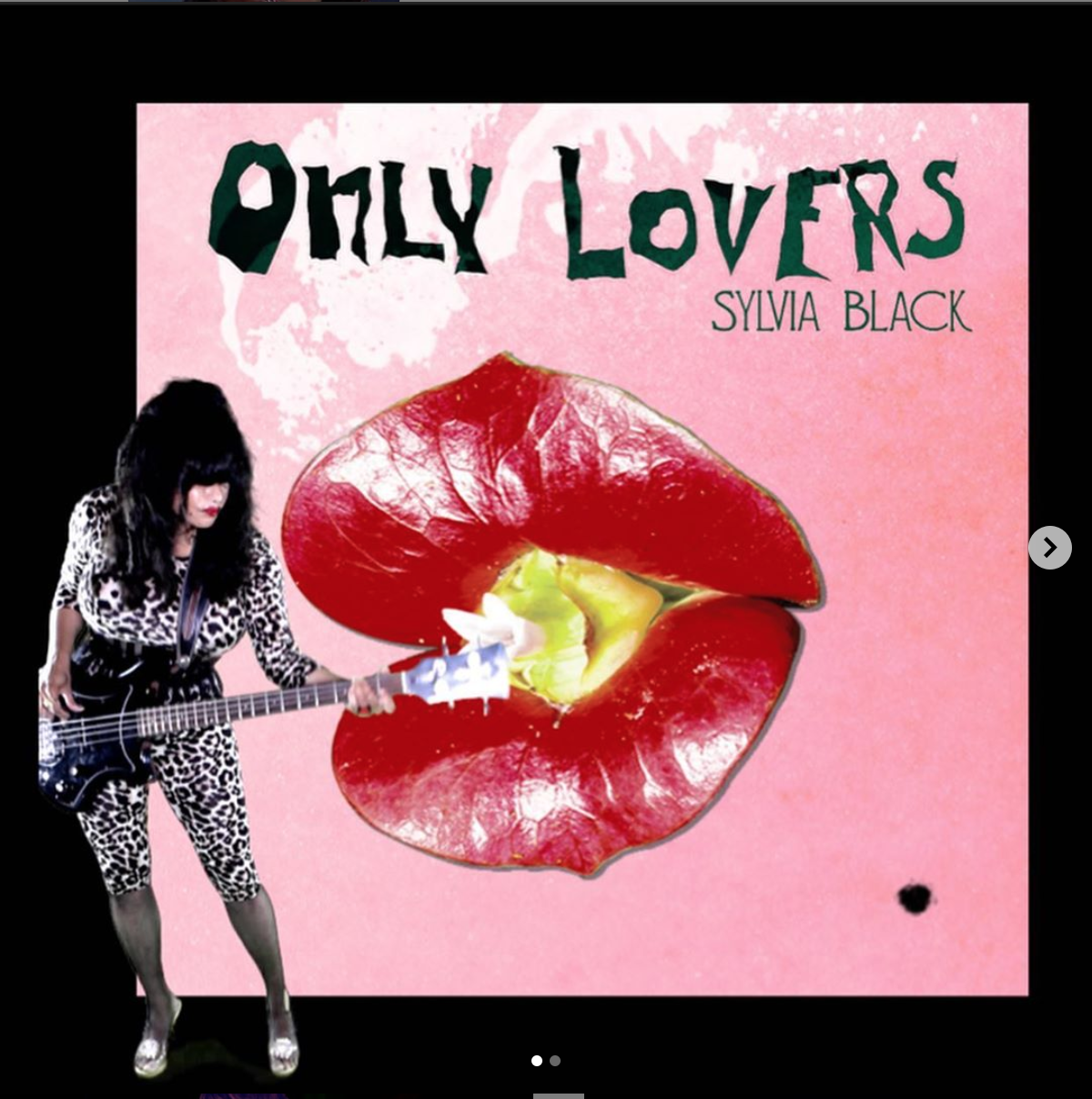 Thanks to Ladygunn Magazine for mentioning the new Sylvia Black single

Thanks to Brooklyn Vegan for premiering the 1st offering from the upcoming ‘Twilight Animals’ album release Oct 18th. Stay tuned for more musical twists and turns and spread the word!

Mega hit makers, Telepopmusik, have been friends and musical partners for many years. They’ve taken me throughout Russia, China, Ancient arenas in the South of France sharing the stage with folks like Jean Michael Jarre and David Gilmour, S. America…and when we got to Bali…well, we just stayed a while : )

Looking forward to seeing the world with them once again this year. Kicking off in Kiev!

Looking forward to seeing the world with them once again this year. Kicking off in Kiev!